Snap Out Of It! 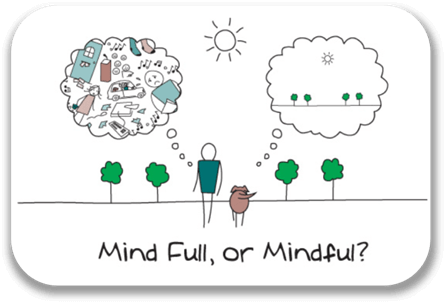 I woke up this morning feeling like a lump of lead. Only with less circulation.

If you’ve ever woken up with morning depression, you know exactly what I mean. This state of being evokes instant dread and overwhelm generated by a whole slew of ‘yadayadayada’ referred to in the Buddhist tradition as ‘shenpa’.

Shenpa, as opposed to the mindfulness of meditation which involves awareness of the breath and the release of rumination once it comes to your attention, is generated by the exact opposite behavior. Ironic as it seems, mindFULness is the abstention from the myriad of thoughts we helplessly generate everyday, and mindLESSness is you being a fish in the water of the yadayadayada…in other words–immersed in, and like the fish, hooked by your ordinary train of thought.

So what do you do when your shenpa is being generated by the mind of morning depression?

It is as cruel to tell a depressed person to just ‘snap out of it’ as it is to tell an obese person to ‘just lose weight’. ‘Snapping out of it’ however, like diet and exercise, is a behavior that can be developed through the practice of awareness, self-compassion and support. (We can talk more about support another time….but suffice it to say that real change rarely happens in a vacuum–and that’s why I’m in business.)

In terms of developing the right habits, I would venture to say that until you start to ‘snap out of it’ by cultivating mindfulness, it’s next to impossible to sustain diet and exercise or any other positive behavior. But you can’t ‘snap out of it’ until you begin to habitually access your mindfulness at the moment you notice shenpa pulling you into its false version of reality.

Okay great. So how do I learn to ‘snap out of it’?

Sounds counter-intuitive, doesn’t it? You feel like crap already and then you’re supposed to feel better by bringing death to mind? Well, the thing is, awareness of our mortality cuts through everything else we focus on to avoid the reality of our mortality. And frankly, THAT’S the stuff that makes us miserable.

This is why I call worrying an abuse of the imagination. When you catch yourself worrying about anything, ask yourself three questions: Am I in danger right now? Could I die today? (Just FYI, the answer to that is yes. Sorry.) Am I still alive right now?

Because the answers to those questions is the truth. The sooner you wake up to it, the sooner you can function productively, because EVERY moment you’re alive is your very real chance to rejoin the rest of the living and begin again. So: stop, ask those three questions….