Emotional Tsunamis: The Dark Side of Unconcious Empathy 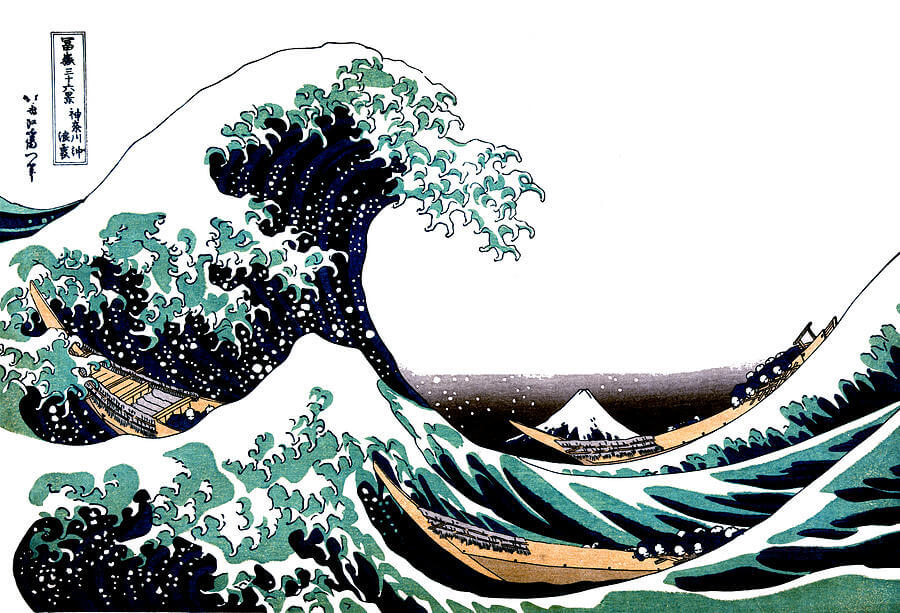 Sometimes we unwittingly take on the negative emotions of people we’re close to.  And then, like a virus, we spread them around.

I believe shrinks call this introjection.  Being well boundaried in life in order to succeed includes becoming adept at recognizing and refusing entry to these unwelcome thoughts, beliefs and feelings.

Here’s a personal example:  My mother’s father was an alchoholic.  In fact, there are quite a few alchoholics on her side of the family.  Later, she became a clinical psychologist who treated people for serious substance abuse issues.

Cut to my visit with her last weekend.  We were watching the movie ‘Don’t Worry, He Won’t Get Far On Foot,’ the recent Amazon biopic about the life of cartoonist John Callahan.

Callahan was a serious drunk and the movie is about his journey to recovery.  Before the car crash that left him a parapeligic he was out drinking an astronomical amount of liquor.  I mean, they depicted him downing whole liters of Jack Daniels in a few swigs, that sort of thing. I let my guard down for a moment as I was watching the flick and wondered aloud how anyone could possibly have the physical constitution to do that.

‘Its because they don’t feel it’ my mom remarks.  Then she adds: ‘I notice you drinking more lately’.

A bit of context here: I haven’t been able to have a glass of wine in my mother’s presence with out her remarking that I ‘have the gene’ since I can remember.  Despite the fact I don’t always even finish it. Which at this point in my life might be an indicator that, while I’ve inhereted plenty of other genes, I probably don’t have that one.

But you can’t argue about not being an alchoholic with someone  who believes having a single glass of wine on any regular basis makes you one, because it makes you sound like an alchoholic.

So when she says this, I just go quitely insane.

Mom is 95 and not very likely to change anytime soon, and I’m grateful she’s still around.  Still, on this night, watching this movie, her likening my drinking to someone like John Callahan just felt like an ice pick to the solar plexus.  I felt flush with rage.

Here’s the thing…her step mother tried to get her to stop her father’s drinking because she was the only one he wouldn’t go balistic at…which was unfair and of course didn’t work.  My therapist pointed out that she must have a tremendous degree of anger and anxiety around drinking. But she can’t handle those feelings, so she unconciously passes them on to me. And I unconciously ingest them.  (For me when that happens, it feels like an icepick going into my solar plexus.)

So I will often snap at her, like on that night.  It always feels shitty when I do.

Two days later I’m back in my life in New York, struggling with massive feelings of defeat and depression for no logical reason.  I finally get myself out the door to my favorite coffee shop for some writing, and as if I were a shit magnet, I become the target of Johnny the Barista’s Mommy Issues.

Here’s how that went down:

I walked in to find that many of the outlets had been covered, including the one by my favorite single-person counter at the front window…and of course my laptop battery was low.  The young man behind the counter directed me to two uninviting areas where there were still outlets. I was already down, and this caused another wash of total dismay over me. Perhaps it was a stupid question, but I asked ‘so there are no outlets by the tables along the wall anymore?’

To which he tersely repeated, verbatim, what he had just said.  Already the reflection of my internal experience had begun.

Now, this has always been a place where I could let me hair down so to speak.  And so I asked the young man (I have a habit of conversing with the baristas as well as Josh, one of the managers, who sweetly calls me ‘Coach’) ‘are they trying to save some money by covering the outlets?’

‘No, people sit here for hours with just  a cup of coffee and we’re trying to encourage turnover’.

‘Oh’ says I. ‘That’s too bad.  It seemed like having so many outlets was part of the original design of the place, what made it so special’.

‘Were you in on the original design?’ he asked rhetorically.  This felt very disrespectful. ‘I think you’re being rather rude to me’ I said.

Now, on a good day, that would have been my goodbye, and I would have taken my business elsewhere.  But it wasn’t a good day, plus this is my favorite haunt, so I stood there waiting for his reply. The chances of it being conciliatory were slim to none of course, but there I stood.

‘Well, I don’t like it when someone comes in and tells me how we should run things’.

Again, on a good day, I might have walked away.  But this wasn’t a good day.

At this point I asked to speak to the manager to which he replied’ ‘I am one of the managers and I’d like you to leave’.

Okay, so now we’re locked in a tragic dance together, a polka hurtling toward a cliff.  Flustered, I said rather unkindly ‘well I give this place a few more months’.

‘We have a right to not serve people and I’d like you to leave.’

Now I got teary…I was hurting to begin with….and I told him how when they first opened everyone was so kind,  that Josh knew me as ‘Coach Rahti–’

‘Yeah, I know who you are.  You know, you don’t get to emotionally manipulate or gaslight me. You need to leave or I’m calling the police’

Fascinating, right?  He was basically saying what I might have to my mother.  Which would have made about as much sense to her as him saying it to me did in that moment.

Now I’m thinking that this young man, who as it turns out is a musician, was picking up on the reverberations of my own gaslighting experience with my mom….she’s drives me crazy but denys it….and unknowingly as her, I was passing my experience on to him.

Had he been aware of this fact, he might have been kind.  But as a young, sensitive creative, I think he reacted in a very human way….although to excuse his behavior would be to sanction what I already percieve societally as rather wrong-headed type of entitlment: the entitlement to villify when ‘triggered’ rather than examine our reactions.

‘Why?  I’m not screaming or cursing or throwing things. I’m not your mother.  Don’t treat me like I’m your mother!’

‘Ok. I’m calling them now’ at which point he picked up the phone.

Now of course, he was making it impossible for me to leave with any dignity.

‘Listen, you get to be my age and you don’t expect to be treated in certain ways.  What’s your name?’ to which, of course, he repeatedly threatened to call the police if I didn’t leave, while brandishing the phone.

I had already been in the process of packing my bags, but at this I stopped and said something like ‘oh I will honey.  But you’re making it hard because you keep humiliating me. Just stop talking’

‘Oh so there are conditions!  Alright–‘ at which point I was out the door.

Yes, his behavior was abominable.  Yes, I hope to speak to the owners of the cafe, and channeled my shame into a one-star Yelp review of the incident to get their attention.

But isn’t it interesting how I stuck around for that dance?

If anything like this has ever happened to you, think back: what state of mind had you been in beforehand?

Our unprocessed pain can have a domino effect.  The only way to avoid kicking off a sequence of such unpleasant events is to be mindful, not just of our own unprocessed emotions, but of picking up those of others.

If you are empathic, you must be aware of this critical internal boundary.  Nothing can derail you from your purpose more powerfully than taking on other people’s crazy.  It lingers and it will take you and quite possibly others down. It is, for me, the most pernicious of distractions.

Thankfully, you can get back or stay on track by having this awareness before you take the bait.

So here’s a tool you might try:  The next time you feel that ice pic to your solarplexus, or whatever version of that you feel…Pause.  Go for a walk. You can even excuse yourself by saying ‘I don’t really want to explain this, but I need to walk away for a bit.’  Perhaps then you can return to the matter. Or perhaps not.

What you must do is quarentine yourself from the virus of unconcious emotional pain, in order not to catch or spread it.